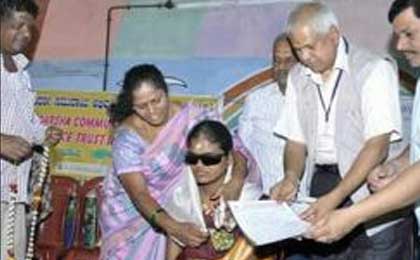 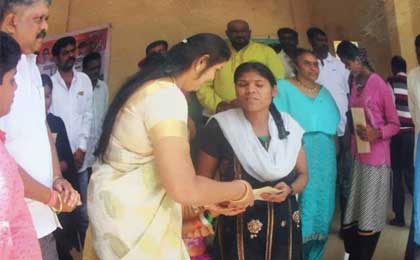 Adarsha Community Development Service Centre primarily focuses on empowerment of the visually impaired through a multi-pronged approach at the youth level, across rural and urban areas.

Its activities range from :

The need for improvement for the quality of life for the visually impaired, through a multi-pronged approach at the youth , across rural and urban areas. 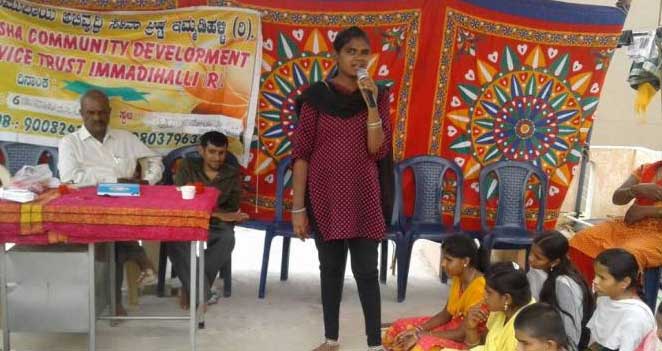 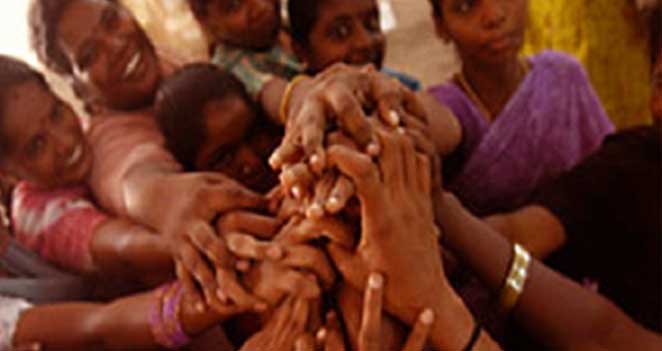 Adarsha has been able to serve its beneficiaries by way of a free hostel for visually challenged girls & providing health services for free to those who have not been able to afford it in their community.


Adarsha was incubated under the 'Global Action on Poverty' Venture

Go2C has helped bridge a number of Adarsha's needs. Go2C helped create Adarsha's website so that they have presence online. Go2C also funded their recurring costs of the rent of their premises for a year. In addition, Go2C also sponsored voice recorders for the beneficiary girls to carry to college to record lectures and procured two laptops for their specific needs.We also facilitated the donation of two semi automatic sewing machines for beneficiaries. In addition Go2C supports the donation process of groceries by other volunteers and volunteer oganisations on a monthly basis . Go2C also has helped Adarsha receive Interns from Zuyd university, Netherlands.